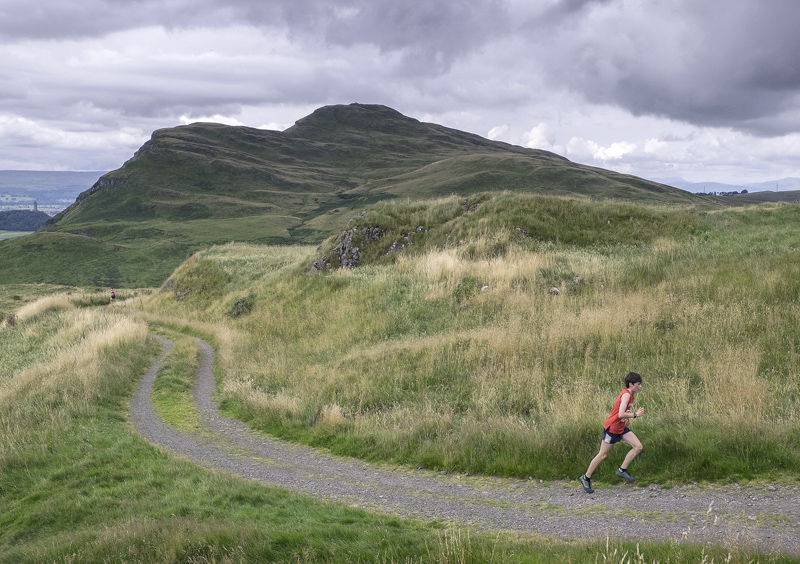 Ben Cameron competed in the last event of the junior hill running championships in the under 15 category.  This one the last of four hill runs took place in the Ochill Hills at Menstrie near Stirling and involved a 2.7km hill run and a gain of elevation of 240m.  There were just five boys and four girls competing in the race so it was a little difficult to gauge any efficacy in the results, Ben was left trailing in last place initially with all the competitors surging to the front but after a few hundred metres Ben began to overhaul all of them and eventually won the race by some 24 seconds finishing in 12 minutes 14 seconds.  You can just make out the second place runner from Moorfoot, Corran Carrick Anderson (5th in the 2015 cross country Champs), at the head of the path.  Not bad for Ben's first official hill run and he clearly enjoyed this event so much more than running in circles around a track..
Photo © copyright by Ian Cameron.