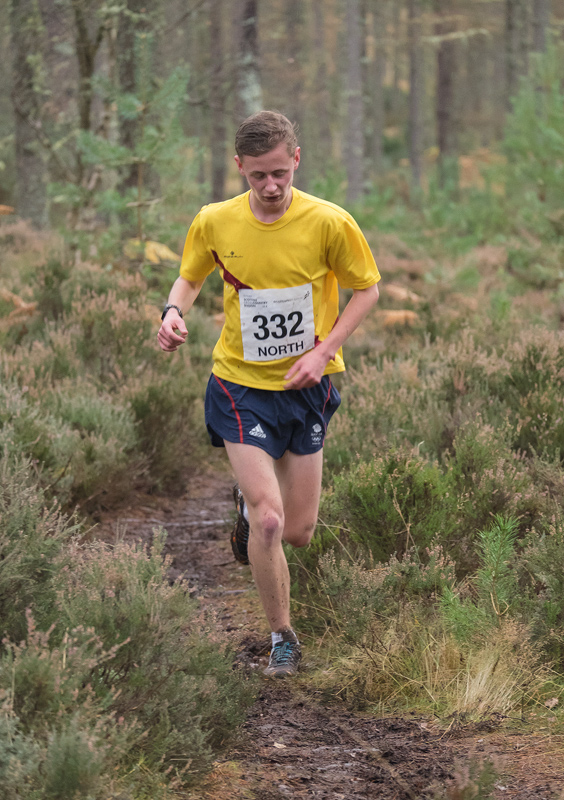 James Geddes is a very high calibre runner from Inverness who is clearly struggling on this occasion.  He eventually finished in a lack lustre (for him) 6th position.  I confess I was surprised and on making enquiry I learned that he had injued his foot a few days prior to the event but elected to run anyway.  He finished the under 17 boys north district cross country championship event in a time of 25 mins 22 seconds.  I hope he hasn't exacerbated his injury and will still qualify to run in Edinburgh as he is rarely out of the top spot during the winter cross country series.
Photo © copyright by Ian Cameron.