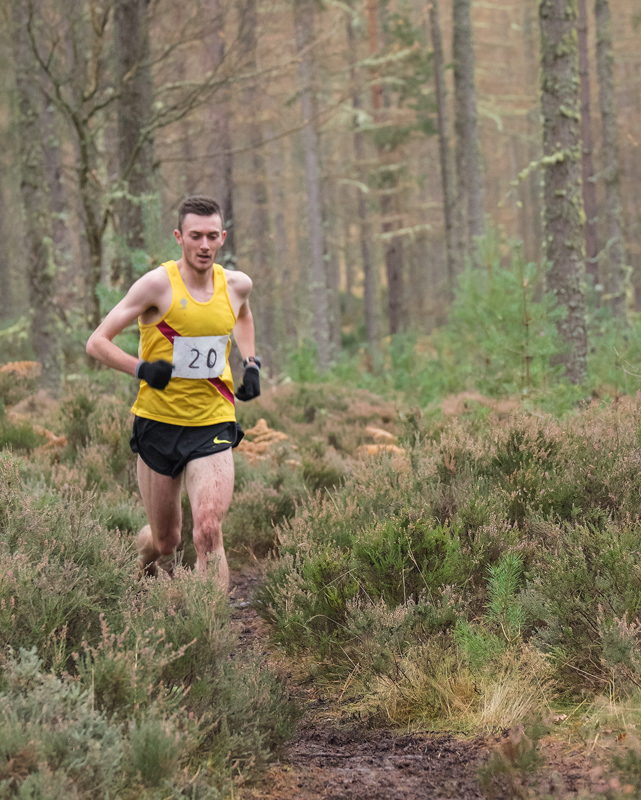 Arguably the outstanding runner of the day was under 20 male athlete Sean Chalmers (seconded to Inverness Harriers), I understand he is currently studying abroad in the US in much the same way as the other outstanding athlete Connor Maclean (Stornoway RAC) and doubtless they are able to take full advantage of their coaching and training regime in rather better weather than we have here in Scotland.  Sean finished the under 20 Mens north district cross country championships in a remarkably rapid 26 mins and 29 seconds a full 2 and a bit minutes ahead of  Connor and for much of the race he was several metres ahead of senior mens champion Mark Mitchell, both events starting at the same time.
Photo © copyright by Ian Cameron.